So far in the book Eight Keys I don’t understand why it’s a mystery because the keys don’t lead to something mysterious. The key just lead to a room with pictures of her mom and a chair with a bear sitting on it and it the bears hand there was a letter from her dad that he wrote before he died (Elise’s parents both died when she was little). The letter didn’t have anything that had to do with mystery in it. I’m thinking that the mystery is having to find the keys and seeing what’s inside each room. I also think that part of the adventure is getting to know her parents a little bit more. Over all I don’t think the book has that much mystery in it. 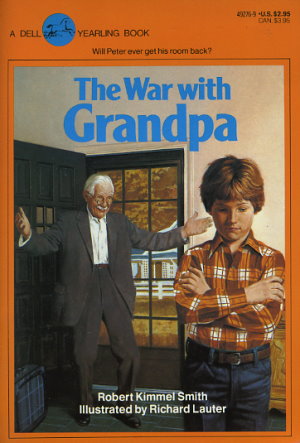 Peter is so mad that his grandpa is coming to live in his house with him because his grandfather will get his room and Peter has to move upstairs into the guest room. Peters grandfather has a bad leg so he can’t walk up 3 flights of stairs to get to the guest room, that’s why he’s moving into Peters room.I predict that Peter and his grandfather will start to prank each other. I think that Peter will start to like his new room and at the end of the book grandpas leg will get better and they will switch rooms which means that Peter will get his room back.