Book: The CandyMakers and The Great Chocolate Chase

In reading, we have been studying how to research. My group studied snakes. We came up with subtopics which were habitat, body parts, defense and prey. To make our research easier and more organized, we put our books in order from easiest to hardest. To find our subtopics, we looked in the books to see what topics appeared the most. Those were our subtopics. I learned to not completely copy what we saw in the book, and that I should write down my own ideas based on what I was reading. When we got all our information, we made a animal comic book! I put in some of the research from each subtopic. Then I found pictures, and made captions for them. The pictures all had snakes in them, so I made the snakes saying a fact that relates to the caption and the picture.

After this project, I took everything I leaned about research and used that in my country research project. I wanted to study Brazil, but I knew nothing about it so I needed a lot of research! To find research, I went to the library databases and did a google search at home. I found research that fit into the categories of the cultural universals which are Politics, Social Aspects, Economy, Beliefs and Cultural Arts. I put it all together to make it into a Comic Tour Guide Book titled The Cultural Universals of Brazil. My favorite part was learning about Brazil and putting it into a book in a fun way. The challenging part was organizing the pictures and captions into a good format.

Final maglev train that can carry 15 weights safely and efficiently across the track.

The book I recommend is “Penny Dreadful” by Laurel Snyder. 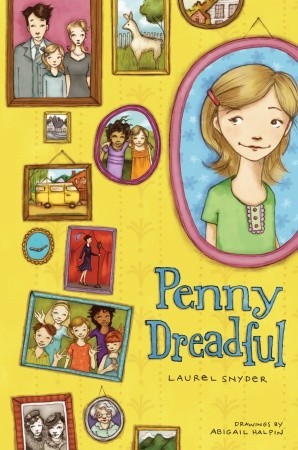 In the book, Penny Dreadful by Laurel Snyder, Penny, her mom and dad live in a mansion in NY. But Penny is extremely bored there. One day Penny’s dad came home and said that he quit his job. They no longer can afford the mansion so they move to Tennessee. Penny’s family realizes there are tenants in the same house that they moved to and they can’t afford this house either if her parents don’t get a job. Penny goes to look in Black Rabbit caves for treasure. She finds a treasure chest, but when she gets home and looks inside it there are only a bunch of old bottles. If Penny’s family gets some money, will it be enough to save them? I think this is a really great book that will keep you reading and wondering what will happen next. I think you’ll really enjoy it!