This is my colonial shipbuilder video. We did it in front of a green screen and then we used a program called wevideo to put in the background. 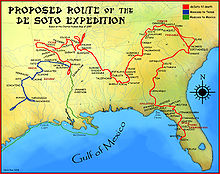