On the same day as our graduation, we also had our Capstone share. To be honest It was very nerve-racking but then when I got up in front  of so many parents so and a bunch of kids I was shaking but then when I started talking all of my stress just went away and I started talking the first two slide were not that bad but the third slide was very good I thought. the five computers slides were fairly easy. but on Interview slide, I realized I haven’t really practiced that that one and I just added the picture and I didn’t know what to say so I just said something off the top of my head and it was decent I guess.

Now capstone is coming to an end so I had to make my final project. For my final project, I am doing a TED Talk which you talk live in front of a room full of people. Making my final project was surprisingly easy. I made a Google slide and I made a few slides. the first was an introduction slide then the next five were about computers.  each slide had a heading of what the computer is called and a picture of the computer. Then I made my final slide which had a QR code and a heading that said ‘Scan the QR code to go to my blog and to learn more.”

Then I felt like I was done. I now had nine slides instead of seven. Then it hit me, I need a background I went through around ten shades of blue and none of them seemed right. I was looking at some keynote pictures with Grant when he spotted out why don’t you use the color that Apple uses for their keynotes. I put in the color and it looked perfect. Finally, I was done with working on my final project.

Here is my TED Talk presentation

Steve Jobs and Steve Wozniak: the Geeks Who Put Personal In Computers By Venezia, Mike

One of our last steps of Capstone is writing an essay about answering my main inquiry question. That might sound easy but it took a bunch of weeks and a lot of researching. Mostly it took a whole lot of organization to get the all of the facts floating around in our head down to paper. (A.K.A Google docs.)

The thing that I did was I broke down the steps and I thought how should I do this. Then I thought a seven paragraph essay. Two for the intro and conclusion. then five for all five of my sub-questions. Then I got to work.

Here is my essay and I hope you enjoy reading it.

Doing the research to answer my main inquiry question was a lengthy process. First, I researched computer by computer starting with the earlier one like the Apple I and the Apple II. When I was done with those I did a lot of researching for the Macintosh. Then I researched more early iMacs like the iMac G3 and the iMac G4.  When I was done researching the computers, I answered my sub-questions. Then I was ready to write my essay.

The first computer Apple ever made is the Apple I.  it was constructed in Steve Wozniak’s bedroom with Steve Jobs. To make the computer, Wozniak printed out a circuit board and Steve Jobs advertised the computer. The computer cost $500 but is probably a lot more now.

Then Apple made the Apple II, which you probably recognize (see below).  It was very popular and it sold very well. It has a big block with a monitor which is resting on top of two floppy disk holders. There is a keyboard next to it. The Apple II started a computer trend and most of the next computers will look similar to it. Now if we fast forward to Macintosh I,  the most famous Apple computer. Sometimes people wonder why it was so good and how it made such a big impact on the world. I was wondering that too. I found out it started personal computing, it was extremely user-friendly, it had many uses, and it was not that expensive. Those are the big reasons why it was famous.

A few years after the Macintosh came out Apple decided to fire Steve Jobs because he was strict and mean to his co-workers. Then Steve Jobs went off and Apple started making more computers but all of them were complete fails and none of them did well. Here are a couple of those fails:

The Apple IIGS can make sound and it had better graphics other than that it was a waste of money to make because it never got advertised and not that many people knew about it. So they didn’t get that many buyers. Another bad computer that they made was Macintosh II. There was nothing crucially different from the Macintosh so no one really bought it.

Apple wasn’t doing well so they rehired Steve Jobs. Then Steve Jobs made the computer which saved Apple, the iMac G3. This is the computer which saved Apple. Some of you might recognize this computer. It is a light colorful shade of blue and round. It was there all in one computer which was the biggest hit from the Macintosh. In addition, this is when computers stopped using floppy drives. The computer was so good they carried it for 5 years making new colors and new additions for the same computer. After 41 years of Apple Inc. evolving and creating new computers and personal computing devices they certainly have changed from small wooden typewriters to high-performance laptops that can do almost everything. How do you think Apple can evolve even further in the future?

I went to Fox Meadow School and I had my interview and site visit with Peter Mckenna the computer teacher. After I asked him my interview questions we looked at a bunch of old computers. I saw the Original Macintosh, the iMac G4, and a Macintosh LC II.

We started up The Macintosh LC II. It took around two minutes to start up and the sequence was really interesting. First, it turned a light shade of blue and lines were running across it. A second later, it changed to a slightly darker shade of blue. Next, the finder icon appeared and it said “iMac OS” then a loading bar appeared at the bottom and it took about a minute to load. After that, the cursor appeared. Sadly we didn’t have a mouse so it just stayed there. Finally, it was done loading and it was ready to be used.

I thought that that was important because that was the start-up process of a computer from 1998. To start up our newer computers you just turn it on and within a minute you are up and running. I think that it is incredible how computers evolved.

Here are some old computers that I saw. On 5/15 I had my interview. What I did was in the morning I went to Fox Meadow and I met with the computer teacher, Peter McKenna, we talked about a few different computers and what made them so good. I learned a lot about the first Macintosh and how it completely upstarted Apple. We also talked about how Apple started going downhill after they fired Steve Jobs.

We started talking about the first computer which is the Apple I, he told me how it worked, what it did, and the pros and cons of it. Then, after that, we talked about the jump from Apple I to Apple II. Apple I was wooden with no monitor that had to be connected to a TV and the Apple II which had a monitor and it can hold a floppy disk. He said Apple I was something they made for to sell but when they made Apple II they had a real business going. Next, we had a conversation about why the Apple III and the Apple Lisa (the fourth computer) didn’t do so well. He answered most of my sub-questions like, what is the first Apple computer and what computer saved Apple’s  business. The last thing we talked about was how Apple did not do so well in the late 90s. He said that Apple had to have a strict boss for it to do well because it didn’t do well without Steve Jobs.

These are the questions that I asked him:

When I asked him all of my questions and I was done interviewing him, what we did was, we went into another room and he showed me three old computers. One of them is the iMac G4. Then We looked at a Macintosh Plus from 1984. He also had a Macintosh LC II which actually worked when we turned it on and I got a video of it starting up.

I was struggling to find and interview. I thought I should go to the Genius bar at the Apple store. but then I thought that my old tech teacher at Fox Madow would know a lot about the subject. So I contacted him. If he doesn’t answer I will contact my older brothers technology teacher who also knows a  lot about Apple computers. Luckily finding my site visit was defiantly easier, I will go to the genius bar in the Greenwich apple store.

He contacted me back and he said that he would be happy to do it so we are going to do it on April 15th.

My Topic was Apple Computers and I was very interested in how they evolved so I thought that my main inquiry question should be how have apple computers evolved over the years.

For My Sub Questions, I researched Apple Computes And I Found the five biggest things That happened in Apple history.

What was the first Apple computer? This was an Obvious Choice because you need to know how Apple started out

What is the main difference between Apple I and Apple II. Apple I was just the start of the business and it was basically a typewriter Apple II is Completly Different

What is Special about the macintosh? It is one of the most famous computers but for what?

How did apple fall. Do you Know that at some point apple was a horrible business and they never really sold any of their computers?

When I was in 4th 3rd 2nd and 1st grade I felt like everyone was saying what they were doing for capstone and had no clue what I should do. when It was a week from when we start capstone I started stressing out and considering everything. Then I thought of evolution of iPhones but that was already taken. So I thought of the evolution of apple computers and I thought that was a great idea. I could have gone from The first Apple PC with only a typewriter with no screen. To a new laptop that is super fast and can access the internet and has a touch screen bar above they keyboard. 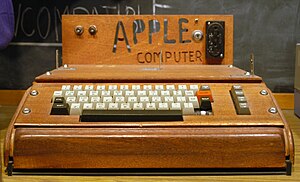 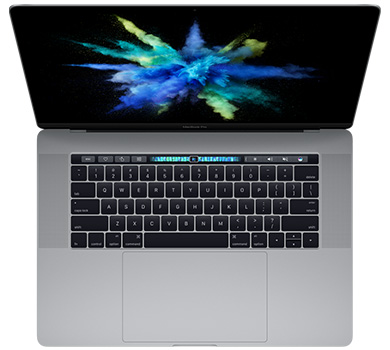