Another Reason or way I think stood out is

Suds is getting lonely.

I can tell that suds is getting lonely because  In a picture it shows every body around joey at the bee sting on his right arm. Suds was just behind them And nobody noticed him. Because he wasn’t  a rat yet. He was still a angel thats 3rd grade. But then he became popular because he put a spider on his right arm. For his girlfriend judy billings then almost all the girls Came around to look at the black spider on his right arm. When the school was over he walked home with judy billings but her cat was missing. The cat was on the tree Suds claimed up the tree even do he was afraid of heights he still did it. He got the cat and troughs it down. But then he couldn’t get down so his parents found him in the tree got thee latter and got him down to the ground.

Four our first partnership  I am reading fourth grade rats by Jeery spinelli. A jot is when you take a book and you

write abtout what   you   read  about  the  book.  The bigg thing I noticed is

Suds is getting more popular because he has become a rat.

I think this is important because Suds was lonely at the beginning of the book and then he became popular. One of the main details of the story that gives you the evidence is when Suds put a spider on his shoulder and said to his girlfriend, Judy Billings, that he did it for her. Then all the other girls came to look at the spider on his arm and said “aren’t you scared?”. And he responded no way I’m scared, even though he was probably terrified. That’s my reasons why that might be one of the main ideas.

Here are some similar things that were in the book and the movie. In the book Opal says to Dunlap and Stevie run off you bald headed babies! Here’s another similarity: Otis goes to jail. Another similarity was that Amanda loses her brother Carson. The last similarity is that Carson  drowns when he is 5 years old. 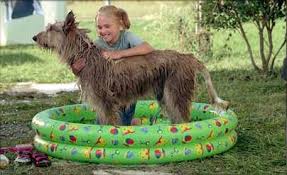 Best Blog of all time