Hi guys! At school we have been learning about colonial times. We had to write/type our own colonial essay. My essay is first person. Here is my colonial essay:

Hello Friends! My name is Elizabeth Rose Wright. We have finally arrived in the new world. The so called New York. We are now making a New York colony. We have traveled far across the ocean in a ship,  see many people die of sickness and hunger. I asked King George if I could go to the new land to have a new life. We are reaching the starving times. My job is the cook. Some other people have other jobs like farming,art,politics,shipbuilder and gunsmith. I am glad I got this job for this is what I wanted. Being a cook could be hard though. In the colonial times you would not go to a restaurant. Being a cook was very complicated because you did not have technology in the colonial times so you had to cook by the fire but you probably burned your hands very often. There was a lot of people to give food to and mostly the food was rotten, moldy, full of bugs  and many other gross things.

Corn, meat, fish and some other bad food was what I mostly cooked. Some people refused to eat these foods. If anyone wanted meat they must go hunting for meat. I cook near the fire for there was no microwaves or fancy technology. Black tea was imported from India and China. People rarely drank water. The water was bad and made us sick or made us die, instead they drank alcoholic drinks. We traded with the indians sometimes.

The starving times was absolutely horrible. Winter was bitter cold and we were scarce of food. The crops wouldn’t grow and our colony the fox meadow colony was falling apart. I decided to get an apprentice. I looked over at all of the children. I choose two Popan twins who were 12 years old. One of the girls name was Sophia and the other girl’s name was Sophie. They are amazing girls. Sophia has dark brown hair with blue little bows in her hair. She wore a white bonnet and a blue dress with red flowers. Sophie looked identical but had red little bows in her hair and wore a red dress with blue flowers. I taught Sophie how to bake for that was her pure talent. Sophia was taught how to cook main dishes. That was her talent.

Their mom recently died. The last words she said to Sophie and Sophia was “I am so proud of you two.” . Same happened to their dad. His last words were also “I am so proud of you two”. I felt so bad for the Popan twins who were now orphans. They were so close to me every second I felt even closer to them. I decided to take care of them. I was like their big sister to them. (I am 22 about to be 23) We lived in a small cottage where we made all the food. The villagers called it the kitchen. We ran a small business in the common room. We cook our food in our kitchen then give it to the starving people. Sophia and Sophie were a big help. Without them I would be yelled at and our cottage would be full of ill, hungry,demanding people.

Dear reader, I am lying in bed with a horrible sickness. I have left the cottage to Sophie and Sophia to be taken care of. Let me tell you what had happened…

As people were clearing out of our cottage, I said to Sophie “I do not feel so well. I am going to go rest. Please tell Sophia the same. I will leave the dishes to you two okay? “. “Okay.” Sophie said in a concerned voice. I weakly walked to the bedroom. I lay down feeling horrible. Soon Sophie and Sophia came in. They had made me some soup. I smiled weakly as Sophia handed me the soup. “Should I fetch the doctor?” she said quietly. “I suppose you should.” I croaked to Sophia. Sophia put on her jacket and shoes and was off. Sophie helped me out of bed and onto the couch. She placed the soup on the table in front of me. She ran over to the neighbor’s house to get a flaming ember. Soon she came back running with Sophia and my friend (who is a doctor) . Sophia made some food with the help of Sophie. Soon when everyone settled down the doctor looked at me. Soon after he examined me he said “You are very ill. You will have to go to the tent (it is a place where sick people go) tomorrow in the morning. Right now you have to have a good meal and a good rest.” . I nodded hazaly. The next morning I did not feel a bit better. I was taken to the tent…

And now this is where I rest. I feel a bit better. I close my eyes. I smelled the smell of food. Oh how I missed Sophie Mae Wright and Sophia Anne Wright. Just then a smooth hand touched my hand. I opened my eyes. There was Sophia and Sophie. “ Sophia Anne Wright, Sophie Mae Wright” I whispered. I tightly squeezed their hands. I was so glad to see them. “How is our cottage?” I asked silently. “It is in good shape. We brought you food. How are you? Are you feeling better?” Sophia asked worriedly. “I am feeling better.” I said softly…

After staying in the tents and having treatments I was getting better. Dear reader, do not worry I am back to normal now.

When I was sick, Sophie and Sophia told my friends I was sick while they gave them food. So, when I recovered and gave them food they told me that we should meet sometime. When I met them at the limners house they told me what I missed when I was sick. I told them “ A lot of people are dying from the sickness like Sophie and Sophia’s parents” . My friends are a blacksmith, shipbuilder who’s name is William James Walker, limner and traditional person. They are very good friends. I often invite them to my house to eat. Some of them are older than me.

I am in hiding  right now. We are having a war. Sophie and Sophia are right next to me underground. “Slam!!” The trapdoor slammed as four figures jumped in and locked the trapdoor. “Thank goodness that was so close” said one of the figures. “I recognize that voice!” I thought to myself. As I listened I got up and crawled to the four figures “Guys what happened?” I asked. “They are having some type of war!” The limner said. Sophie and Sophia slowly got up and laid out everything in their bags. There was a bunch of weapons from their dad. They were old and worn out. We all looked at them in silence. Me and the blacksmith looked at each other and said “I get your message Sophie and Sophia.” Me and Sophia pushed open the mini fireplace. Everyone else pushed open their mini workspaces. We worked hard to make weapons to defend ourselves. We knew danger was coming soon. Suddenly the trapdoor got busted into pieces. We all ran to our positions as indians came barging in. Then we striked. It was pretty surprising what we did. We defeated the indians with many weapons remaining. We all looked at each other with surprised smiles on our faces. We jumped up and into the war. Of course it was harder than defeating the small troop of indians.

Do not worry we survived the war. Sadly William died from sickness when he was 38 years old. I am living a wonderful life. My other friends that are older than me are sort of Sophie,Sophia and my parents.  I met a girl patient named Alyssa and became friends with her. Her parents died so she moved in with me. Sophie got sick but Alyssa got to help the poor girl and we lived happily ever after! 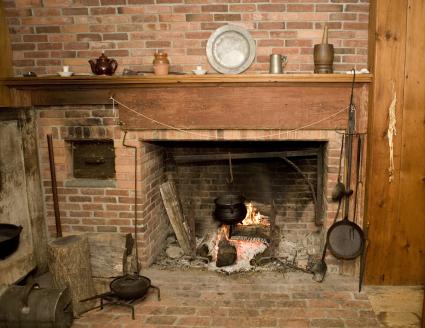