My class decided to interview one another to learn more about the arcade. The video is an interview of my friend and I, the creators of Human-Whack-A-Mole telling the interviewer, Julia the steps behind our game and all of the creative thinking! 20% time in my class is a time to let our creative ideas out and almost all of us are working on the arcade games. Our arcade contains the classic arcade games such as Skee ball and some made up games. We also use the classic arcade games like Whack-A-Mole and change it up a bit to make it unique and our own. One cool thing about our class arcade is that our games are made up of school supplies like pencil packages but also some more durable materials for stands like cardboard and styrofoam. One out of the many exciting parts of the arcade is that we get to make and 3D print our own designs. Every second someone is coming up with a new idea to help devopling a new game for the arcade.  Our arcade is growing and taking over our whole classroom! Everyone has something that they are working on and the game that has been my priority is Human Whack-A-Mole!

The picture above is our Whack-A-Mole game before it was painted. The two students “moles” stand inside of a box bouncing up and down while holding paddles with targets drawn onto them. The contestants have three paper balls that they throw and try to hit the target. You can score tickets depending on what part of the target is hit. Even if you aren’t the best at throwing this game is till extremely fun! This game is a one of a kind awesome a fun game only found in our classroom.

Another game that my class has made is Skee Ball. It may not be made out of fancy material but it still is loads of fun and has the same idea. The contestant has a ball and rolls it up the ramp and try and get it a hole. Each hole is worth a different amount of points. Once you get it in the hole the monitor will hit a buzzer. Depending on what hole the ball lands in you get points and tickets.

The picture above is an online program, Tinkercad. On the program you can design 3D designs to print. My class used Tinkercad to make games and prizes for the arcade. For example, a couple of students 3D printed a trophy as a prize if you get a certain amount of points from Human-Whack-A-Mole. Tinkercad is super cool to play and mess around with every if you don’t actually get to print it!

Another important part of the arcade, is the tickets. You can’t have an arcade without tickets! This tickets are handmade and look really cool. They are original and really bring the arcade together. I love these tickets because you won’t find tickets anywhere near as cool as these. The colors choosen are really bright and attract attention.

My class has worked really hard to make this arcade. We get ideas out of our fails and look for inspiration. It started with a little game of ring toss made out of dried out markers and duct tape and grew into Whack-A-Mole for example, made out of a huge cardboard box with people. I am so excited to see the final product of our arcade!

This week, we got free write. So we could write about anything we wanted to. Of course with the crazy weather – no snow and all – that’s what I would be writing about. I love this piece of writing.

It is the middle of January and there hasn’t been any real snow. Maybe a small flurry here and there but no snow! I want it to rain snow, pour snow, snow snow I want to have a snowy day. A day with so much snow that school is canceled.

I love waking up in the morning from the phone ringing to say school is canceled. Then, jumping out of bed and running to wake up my older brother so we can play in the snow. I really want it to snow but I want to have the good packing snow, the kind that is good for making snowballs and forts! I was hoping for it to snow on my birthday which is in early January. Unfortunately, it didn’t and I am still waiting for a pretty white coating on the tree tops and the ground.
I really want it to snow. I only want it to snow one day, and then again about a week later because it isn’t any fun being house bound for too long! But I don’t want it to snow in March. So there are only two more months for the perfect snow day!

The 5-B arcade is a work in progress! Everyone is involved and has a job to help out. We have brought back the old and the classic games like Whack-A-Mole and skee ball that are living right in our classroom. We even added our own touches. For example, this Whack-A-Mole is with humans. That’s right, Human-Whack-A-Mole. Our class’s version of Whack-A-Mole has humans standing inside of a cardboard box and we have created taped balls to be thrown at us. The people inside the box are holding ping-pong paddles with a target taped on them. If you hit the target, you get 2 points. If you hit the paddle you get 1 point. If you hit the human, you get to stop and laugh while the “moles” sing a great song. We have created hand drawn, awesome and original posters to hang up at our stations. We are still trying to figure out what we are going to do with our final product, but whatever we do, it is going to be unforgettable, super fun and a big hit.

This is our class’s Ski Ball and Human-Whack-A-Mole: 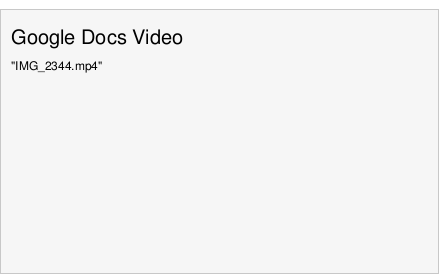 Welcome to my blog! My name is Hope and I am a fifth grader. On this blog I am going to write about things that we do in school and outside of school. I will probably will write on this often.